he event was born in 1966, when an association of the town established it as a popular festival in honor of the patron saint of carpenters, St. Joseph; it was understood that it also acted as a meeting place for all the emigrants of Torrita di Siena than in the past, generally for business reasons, they had had to leave their country of origin and move elsewhere.

The dedication to St. Joseph is due to the fact that woodworking has always been a very popular activity in Torrita di Siena. The party wanted to highlight the effort and simplicity of human work, consequently the donkey itself, humble and above all tireless animal, was chosen as a symbol.

The horse race of Torrita di Siena, in the province of Siena, it runs every year on the Sunday following the 19 marzo (or the 19 March itself if it falls on a Sunday).

Sometimes extraordinary palios are organized, which are run at night.

The current palio is run by eight districts: from the four doors of the ancient medieval castle of Torrita di Siena: Door to Paid, Door to Sole, Porta Gavina and Porta Nova (which in the first edition were the only competitors) and by the four districts corresponding to the four districts of the country: Railway station, Refenero, Le Fonti and Cavone.

Each contrada is proud of its coat of arms, colors and figures, set in the mid-fourteenth century, consisting of the checkers, by the prince, by the standard bearer, from the armed, from the pages, from the learned,by the captain of arms,by flag wavers and drummers, all dressed in rich and precious embroidered costumes, so perfect and finished in every single detail, which seem to really come from the Middle Ages.

Already starting from the first weeks of March, the flags of the districts wave on the sides of the medieval streets and alleys, resounding with the drummers' rehearsals.

In the week preceding the palio, in the past, medieval dances have been organized in the historic center, duels between knights, exhibitions of archers and falconers, itinerant shows of jesters, jugglers and storytellers.

The Sunday before the Palio takes place the Flag party where flag wavers and drummers from all over Italy perform. 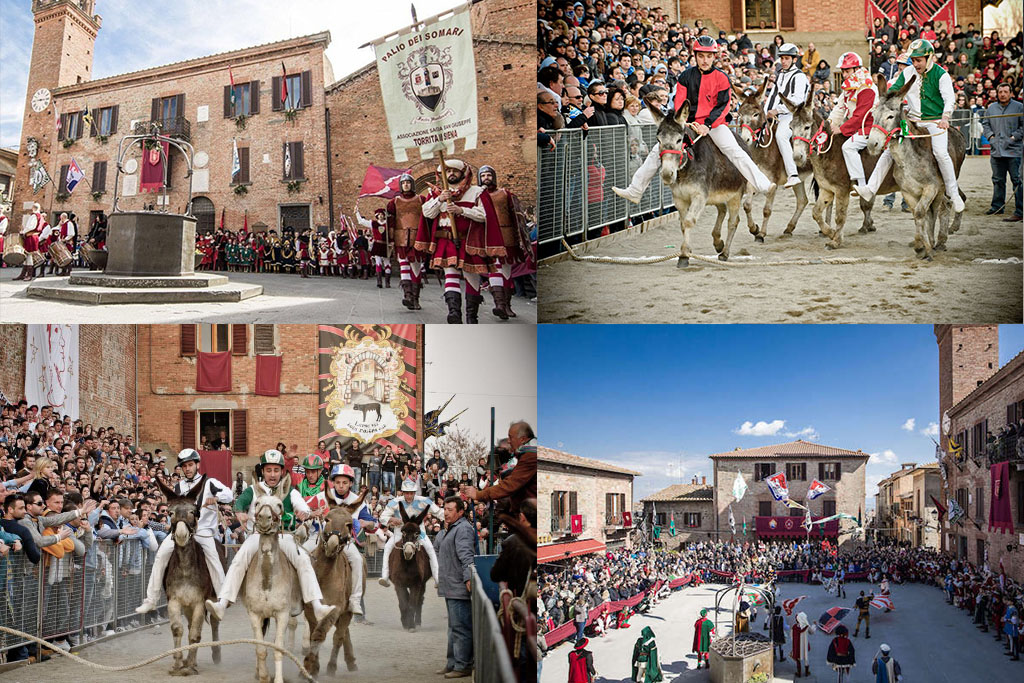 On the same days there is both the opening of 4 taverne, named respectively Nencia, Ponticino, From Ghino e Pagone, managed by the eight districts, offering Tuscan specialties (such as the Pici della Valdichiana or the Chianina breed veal steak), both the presentation of the palio (a painted cloth that must be made taking into account some characteristics, such as the presence of the image of St. Joseph), that the meeting with the relative painter. Among the painters who painted the Palio of Torrita di Siena, Paoli, Fists, Bedeschi, Censini, Cantini. The painter who has painted the largest number of palios up to now is Giuliano Censini, Torritese, also author of the extraordinary palio of June 2006, dedicated to San Costanzo, patron of Torrita di Siena.

During the two days preceding the palio, propitiatory dinners are held in the respective districts. The day before the event is held on Medieval Banquet, the blessing of the palio, the performance of the flag wavers and drummers school of Torrita di Siena ed, finally, at night, a competition in pairs between the flag-wavers and drummers of the eight districts.

On Sunday morning the eight districts appear in the square of the historic center of Torrita di Siena e, after the holy mass officiated in the ancient Romanesque church of Santa Flora and Lucilla, each exhibits, to the sound of medieval trumpets, the skill of its flag-wavers and drummers. After the race, the districts form a procession that, preceded by medieval knights and archers carrying the ancient coats of arms of Torrita di Siena and its four castles (Ciliano, Guardavalle, La Fratta and Montefollonico) and by the band that sings the anthem of the palio, along the ancient streets of the town.

The competition field is set up in the open space of Ball Game, outside the ancient walls of Torrita di Siena.

In the early afternoon, after the entry of the palio and the districts, the drummers and flag-wavers of each district repeat their performance in front of the public arranged in the stands. Subsequently, the best pair of flag-wavers and drummers and the best historical parade are awarded with the Sfoggiato prize. Before the actual race begins, by public draw, the eight donkeys are paired with their respective districts. From the 2019 the Palio is run by donkeys not coming from a single stable, but from the selection of those deemed most suitable for the Torritese event within a shortlist of specimens made available by several breeders. The districts will compete, then, in pairs in four eliminatory heats (the draw of the eight districts and the respective pairing in the heats is instead publicly carried out on the Saturday preceding the palio).

The four districts that manage to overcome the round are admitted to the final challenge, while the other four defeats are challenged in a recovery battery and the one that prevails joins together with the others in the final race, which takes place over three laps of the track. The winning district of the competition has the painted cloth as a prize, the palio, which is then transported together with the jockey to the headquarters of the relative district. 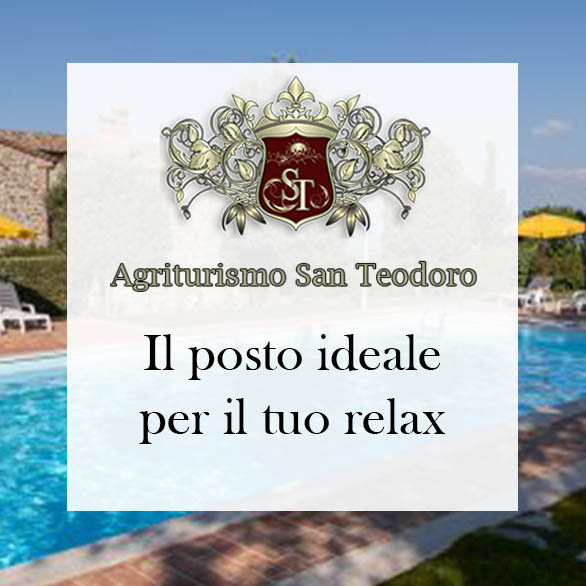 This site uses cookies to improve the browsing experience of users and to collect information on the use of the site itself. We use both technical cookies and third-party cookies to send promotional messages based on user behavior. You can know the details by consulting our privacy policy here. By continuing to browse, you accept the use of cookies; otherwise it is possible to leave the site. Ok
Go to Top